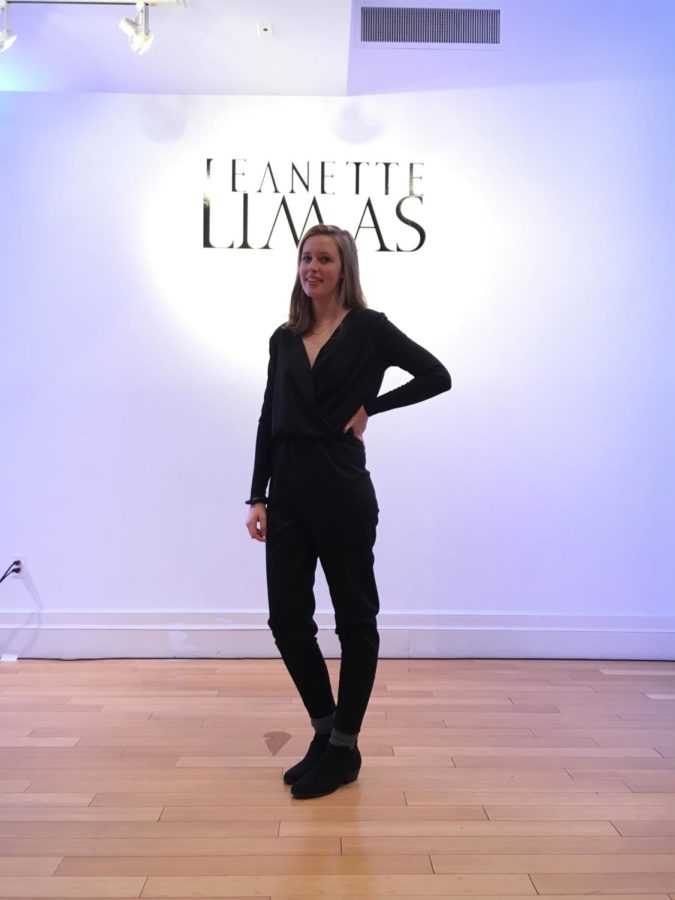 Four runway shows, three design schools, two museums and one Broadway show all in fewer than seven days. My first time at New York Fashion Week (NYFW), Feb. 8-16, seems like a blur of gorgeous dresses, subway rides, melancholy weather and aching feet. When most people think of fashion week, they think of large, brand-name shows and celebrities sitting on the front row. My version of fashion week was tiny, “no-name” designers and me sitting on the front row. No matter how much I’d love to go to those big-name shows, they are industry-only, and the tickets are outrageously expensive.

I didn’t just go to NY for fashion week, but also to visit the three design schools of my dreams — Parsons, Pratt, FIT. The opportunity to overlap this visits with NYFW gave me an amazing chance. In order to take full advantage of this, I chose to edit or make any clothes I would be wearing that week. The ultimate goal was to be photographed by a photographer in the city and be able to say I made the clothes myself. I achieved this while wearing my hand-crafted black jumper and my grandmothers vintage, slightly-outlandish pink plaid jacket from the ’70s.

After a whirlwind of travel by plane and at least three trains, I took my first trip to Harlem, which is often considered a dangerous part of town. However, this venue for Jeanette Limas’s runway show represented the exact opposite. Just a few years back, the building had been abandoned and run down, yet it has recently been transformed into an art space, with living areas for artists in the upper floors and large art facilities in the bottom. The welcoming from the people there was kind and exuberant. As with most fashion shows, the actual runway started “fashionably” late. The clothes were a classy mix of black and white with a pop-color of bright red. I personally felt some of the pieces screamed a bit more “pirate-chic” than they should have, but overall they were beautifully-draped, high-quality garments.

The second runway show I went to was three major designers — Candice Cucco, Danny Nguyen and Wilfredo Gerardo. This was a slightly more high-class show with probably 400 people in attendance. My family purchased general admission tickets and were allotted standing room from the second floor where we could see the runway. Cucco’s “Belladona” consisted almost completely of bare skin with sparse black and red leather. There were statement oversized “witch” hats that definitely stopped the show. Nguyen’s section of the show focused on simple, ready-to-wear women’s wear and shoes. It wasn’t quite my style, but I still appreciated it for its bold, colorful prints. The show closed out with the Gerardo runway, and each piece was show-stopping in itself. It was made up of perfectly crafted evening gowns that seemed to float down the catwalk. The drapery was fabulous, and it flowed gorgeously with the perfect amount of skin showing without being risque.

The third show was my overall favorite — Paco Rogiene’s “Colored Expressions.” The basis of the show was that things are beautiful in both black and white, intending to be a comment on race. So Rogiene sent down each of his garments in both black and white fabric. The pieces themselves were crafted perfectly, and the chiffon had meticulous French seams. It was paired beautifully with red accessories to accentuate the cohesiveness of the collection.

The final runway show was a disaster. It started with a group of children who had made their own designs. The kids were cute, but the clothes were awful. Little did I know that would be truth for the rest of the 12 adult designers showing at Small Boutique Fashion Week. As each designer showed, I saw more uncreative and poorly constructed clothing than I have seen in all my life. Our front row seats didn’t seem to be to a runway show, but instead to a train wreck. I was highly disappointed by the showing, though the view was gorgeous at Studio 450, where the runway was held.

Overall, for the price I paid and the seats I received, I was highly impressed by my lower-class version of NYFW. There were certainly some highs and lows in the actual clothing. The good fully outweighed the bad, and I would recommended the trip to anyone interested in fashion.