Chaps can’t get it done against rival Lake Travis 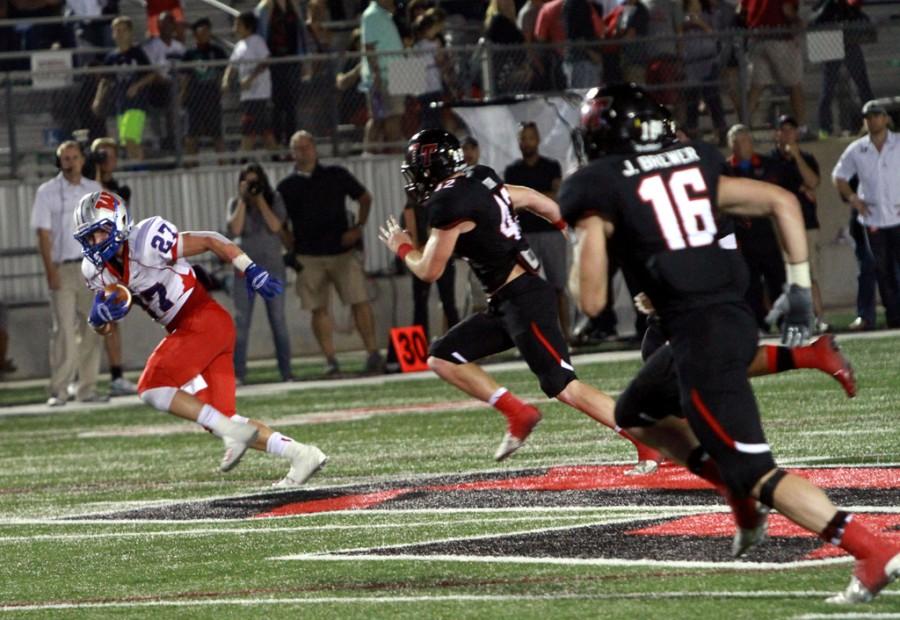 Make it seven wins in a row for the Lake Travis Cavaliers in the Chick-fil-A Battle of the Lakes Series against Westlake, as the Cavs scored 24 unanswered points Friday night to win 24-7.

“They made plays, and we didn’t make plays,” defensive end senior Breckyn Hager said. “We missed a lot of opportunities, and I really believe we are a better team than that.”

After both teams traded punts, Lake Travis answered back with a 50-yard field goal by kicker senior Brannon Satterfield to make the score 7-3.

Just before the half, Lake Travis scored on a 13-yard pass play to set the score at 10-7 going into halftime.

The Cavs received the opening kickoff in the second half and drove down the field again to make it a 17-7 game.
On the ensuing drive, Westlake made it down to the Cav 26, but a string of three straight sacks left them out of field goal range, and forced them to punt the football. The sacks came to be a theme in the second half. Sam faced heavy pressure nearly every play and was sacked a total of eight times.

“We were not efficient on first down, and then everything else really snowballed downhill from there,” head coach Todd Dodge said.

Domonic, who himself was sacked five times, scored on a six-yard run early in the fourth quarter to put the game away. It was one of only a handful of positive plays for Lake Travis on the ground, as they were held to negative 25 yards rushing, and just 214 total yards by the Chaparral defense.

“Defensively, with the exception of a little lapse in production in the early second half, we played very well,” Dodge said.

“Anytime you hold a team to negative 25 yards rushing, you should win the game,” Breckyn said. “We just couldn’t get it done.”

The loss set the Chaps back to 5-3 on the year and 4-2 in District, while dashing their shot at a District title. They’ll face Del Valle and Lehman in their final two games before playoffs start.

“This first team [under Dodge] wants to ‘bring football back’ to this community and go far in the playoffs, and have something to look back upon down the road,” Breckyn said.