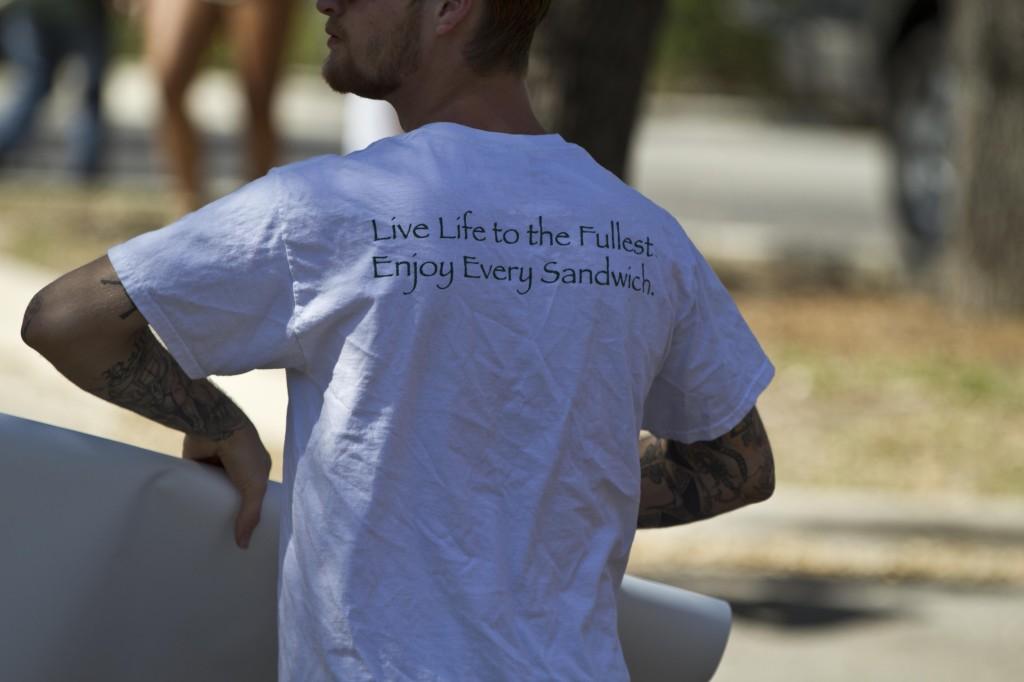 Manager Andrew Davis helps put away a table after the Honey Ham BBQ.

Texas Honey Ham Company, a Westlake favorite, has been closed for business since it was burned in a fire early in the morning of March 8 — now confirmed to be caused by burglary and arson. Honey Ham will be closed for renovations for the next three to four months.

The reaction from students has mainly been one of concern and anticipation for the reopening of the restaurant.

“It’s such a shame that Honey Ham burned down,” junior Jenae Forni said. “It was such a fun place to get breakfast with my friends.”

Owner Robert Siller said that dealing with the fire has been difficult, but it has also exposed the concern of the restaurant’s immense fan base.

“While the fire may have temporarily put a wrinkle in our service, this has made us grow stronger as a Honey Ham family,” Siller said. “We have gotten endless love and support from the community and this has made us more determined than ever to come back strong.”

Honey Ham will be throwing a thank you barbecue for the community at 12-4 p.m. March 30 at North Star Bank on Westlake Drive and Bee Cave Road. All are welcome to attend, food will be free and the restaurant is not asking for donations.