Nerds are the new bullies 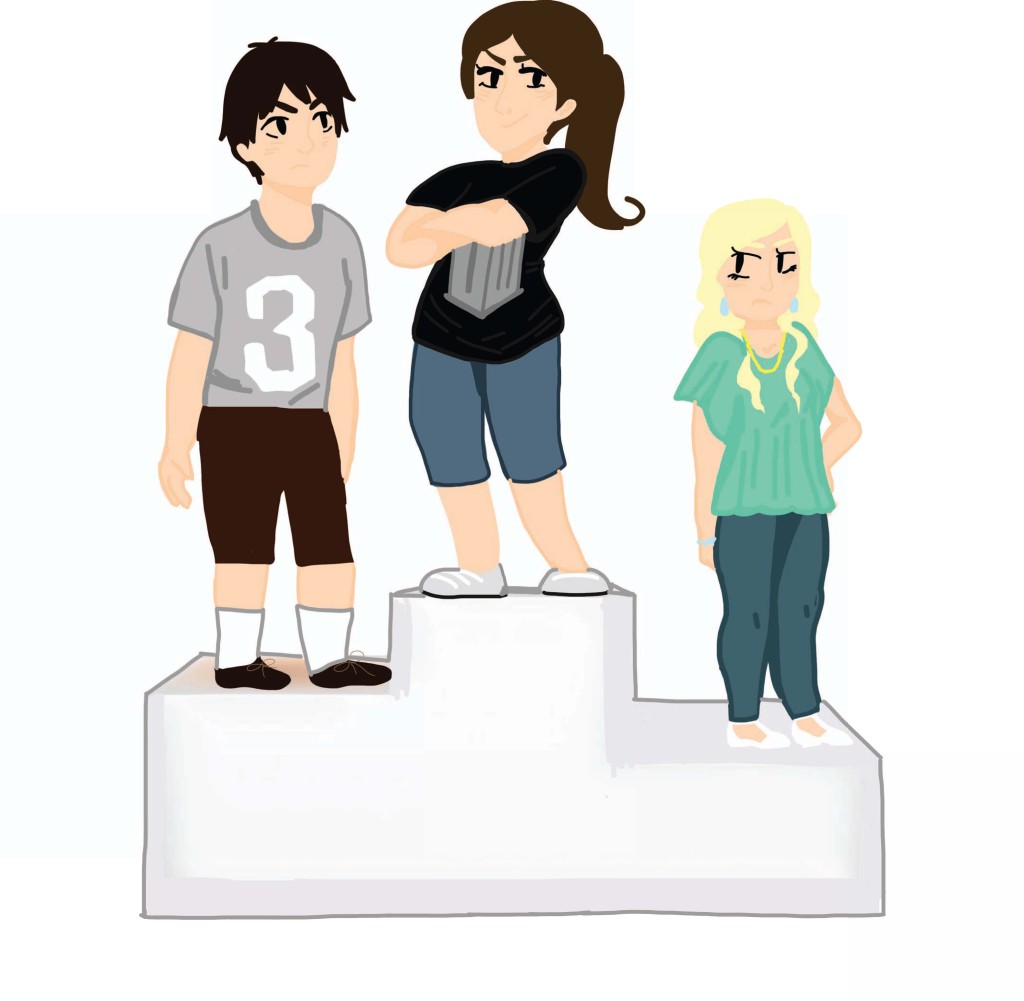 Finally, the nerd uprising is here. The era of peace, where the jocks who previously tortured the nerds will be punished, the popular girls they were always jealous of will be shamed or shunned, and anybody who dares be different than them, or get anything less than an  A+ will be teased.

Since the beginning of time nerds have been made fun of. It wasn’t cool to like to read, or be invested in a British TV show or to get good grades. That however, is no longer the case. These days, it’s almost trendy to be a nerd. People who happen to be extroverted, meaning that they crave the company of other people, or who are perhaps not as smart, are rejected by the nerd community, who humiliate and pity these “popular people.”

The term nerd is used loosely. Geek, brainiac, whatever you want to call it, today there is a stigma everywhere that if you’re not acing your classes or planning to go Ivy League, there’s something wrong with you. Nerds are still antisocial (it’s practically encouraged within their realm that they be) but through many sites on the internet (tumblr being the main one) they have gathered, building an army that will what? Destroy us with their brilliantness?

Westlake is a sport-centered school. Walk anywhere and you see posters supporting sports teams, the parents babble and brag about how many competitions we’ve won lately, and students show pride by wearing shirts promoting athletics. Even here however, nerds are a dominant force. Try getting less than a 90 on any paper in a pre-AP class, and mocking looks will be cast your way, careful disguised by a false layer of concern. “Don’t worry,” they’ll laugh, “I got a 95! How stupid am I?”

With the increasing price of colleges and the competition for scholarships, these nerds have evolved into a super breed of students with A’s in all their classes and a multitude of extra curriculars. The struggle is fierce, and the nerds themselves are even fiercer. Like any large group of people (there is strength in numbers) they take their opinions on anything (grades, other people, etc.) to the extreme. They isolate and poke fun at (often from the safety of their rooms, behind a computer screen) anyone who isn’t like them, the extroverts who don’t stay up ‘til 4 a.m. drinking tea, studying and reading fanfiction. Social anxiety is the norm, even encouraged (“Oh!!!! I’m so awkward!). God forbid you enjoy the company of other people, even flourish in those situations.

Not all nerds are like this. We shouldn’t stereotype. The truth is however, the mean nerds are the more common ones.

There is nothing wrong with loving being around people, wearing tight clothes and makeup, socializing, and being popular. Likewise, there is nothing wrong with sitting in your pjs, watching Supernatural while drinking tea on a Friday night. What is wrong is putting one group down, and raising up the other. Why can’t we all just get along, and agree to live our lives the way we want to live them, without any judgement from the other side? Can’t we all be friends and realize that our personalities are not necessarily a reflection of our behaviors?

Because, if we can’t even do this, we’ll end up right where we’ve been for years — split into two sides that refuse to compromise. United we stand, divided we fall, whether it be over which couple we “ship” the hardest, or which friend group we want to hang out with that day. After all, we’re all teenagers, and we’re all struggling to fit in and find ourselves at the same time. Let’s try to be friends — or at least understand each other while doing so.